The brain of an automated vehicle

From Hawaii to Rhode Island, and all the way up to the North Pole, Mandli Communications has scanned roadways—nearly 100,000 miles a year. And now they’ve created a high-definition (HD) map of our 47-mile ADS for Rural America route through rural Iowa. This HD map is a 3D real-world view of the route, and it has been installed as part of the “brain” of our new Ford Transit automated shuttle bus—allowing the vehicle to identify where it is on the road within 10 centimeters.

The process for creating an HD map involves: 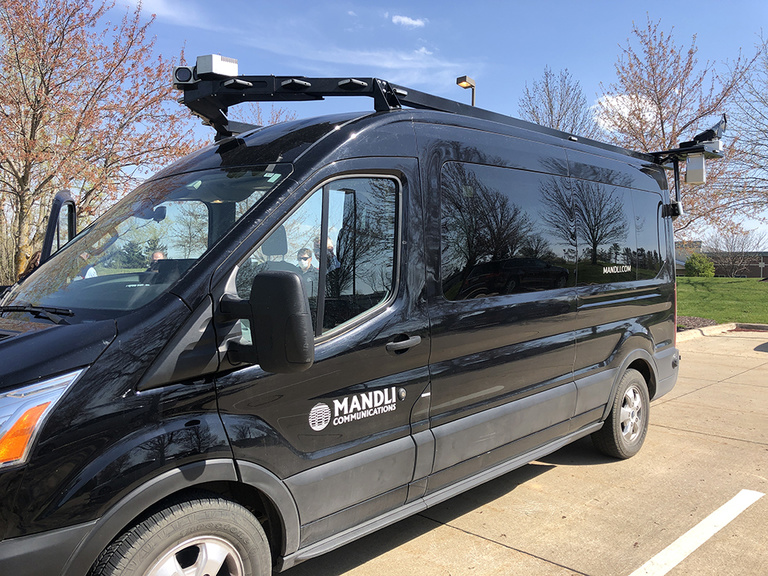 The HD map on board an automated vehicle is just one of the many types of technology that allow it to sense the world around it—and will eventually help people get where they need to go.

Based out of Madison, Wisconsin, Mandli’s bread and butter is pavement mapping for state DOTs across the country, and they also specialize in creating HD maps for automated vehicles, as well as other types imaging and 3D profiling of roads and pavement, positional data, and mapping roadway lane assets. Mandli has eight vehicles similar to the one used for our project, plus other systems for mapping, such as one that can be worn like a backpack for extreme terrain. Learn more about their work at mandli.com.