We are pleased to report that after multiple delays due to COVID, we finished the initial development and testing of our ADS Transit vehicle earlier this fall. With that done, we performed the first phase of data collection, which involved operating the vehicle on the 47-mile route through four communities. As of early November, we completed 12 data collection drives with a total of 24 riders from Hills, Riverside, Kalona, Iowa City, and surrounding areas.

During the first phase of the data collection, we had focused our development on automating the interstate and divided highway sections of the route. As an example, the map of our twelfth drive is shown below. The blue line is where we operated the Transit under automation, and the green line shows where we had to manually drive the Transit. Given that controlled access roadways and highways constitute the majority of the 47 mile route, about 60% of the route was drive under automation for that drive.

As our project progresses over the next two years, we (with our partners at AutonomouStuff) will add functionality to the vehicle that will allow us to drive additional sections of the route under automation (such as being able to driving through towns, the ability to read traffic lights, etc.). So we anticipate that successive phases will increase the percentage of the route driven under automation. However, those increases will likely be smaller increments. Data will be publicly available starting in early 2022.

Roles of the safety driver and co-pilot 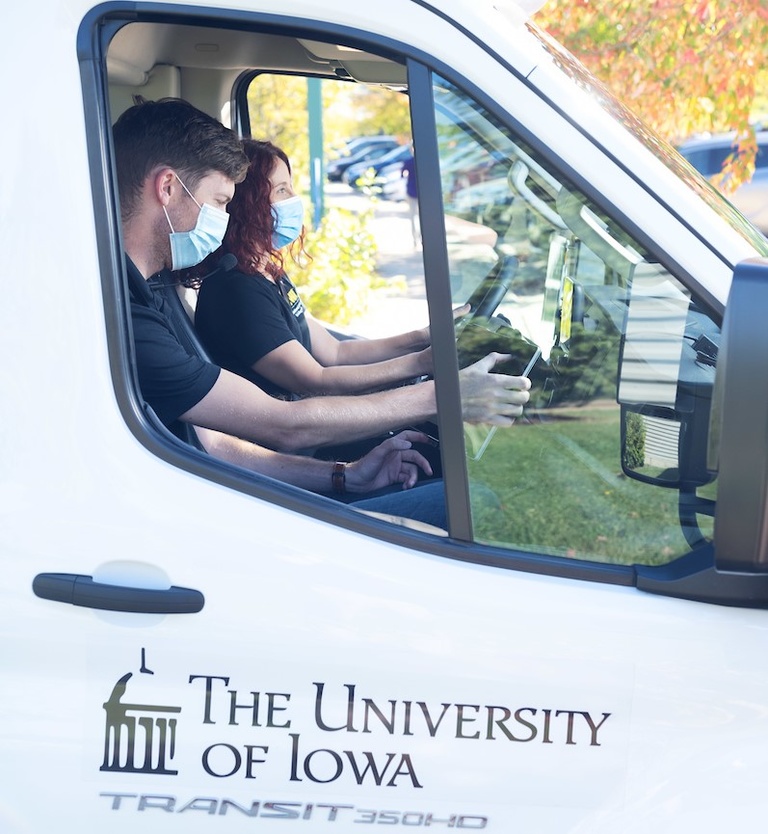 Our vehicle is continuously monitored and driven by a trained safety driver and co-pilot, both following strict safety protocols. The safety driver keeps their hands on the wheel at all times, even when the vehicle is under automation. They easily and quickly switch to manual driving whenever it is needed (as easy as taking a vehicle out of cruise control).

The role of the safety driver is to safely operate the vehicle. They:​

The co-pilot is mainly responsible for monitoring the proper operation of the ADS technology and communicating with the safety driver to help enhance their situational awareness—in essence be a second set of eyes and ears.

Automated vehicles bring the potential of greater safety and mobility for all.

See how to participate.